The Valley Preferred Cycling Center is pleased to present their preliminary 2019 World Series of Bicycling calendar. This advanced preview of the schedule – which is pending final approval by the UCI in February – is intended to allow teams domestically and internationally to plan their racing and training calendars for the important 2019 season. 2019 is an important year for Olympic hopeful athletes as the points they can earn in UCI Class rated events determine their starting ability for World Cups, which are ultimately the selection for the Olympic Games in Tokyo. But it is not enough to simply host UCI racing. The types of events are important, too, reflected in the fact that the schedule now includes Team Sprint, Team Pursuit, Time Trial and Individual Pursuit opportunities at the highest CL1 rating to compliment the individual racing opportunities. Velodrome Executive Director, Joan Hanscom, said, “I’m really pleased with what we’ve come up for our schedule this summer. Our Technical Director, Andy Lakatosh did a lot of collaborative work with USA Cycling to shape it -and we believe that is reflected in the final product. It will make not only for thrilling international and professional competition – but also really great spectating! By providing such a great showcase for some of the best athletes in the world – including those who call T-Town home – we not only can thrill the crowds with great racing action but also inspire the next generation of cyclists too!”

The season will have both Class 2 and Class 1 events through the months of May and June. New for June will be two-day style UCI Class 1 events. Technical Director, Andy Lakatosh, explains, “Spreading the events over two days not only allows the athletes proper recovery time but gives us a chance to offer Pro-Am racing and featured Junior UCI racing on Friday nights.” Exhibition events and will be part of many Friday night events so athletes who do not qualify for medal rounds will still have the opportunity to race under the lights in front of the largest crowds for track cycling America has to offer. The track will offer the chance for many of the existing track records to be challenged throughout the year.

May 31st will start the UCI calendar with Keirins for sprinters and Omniums for endurance riders. The Spring Bicycle Racing League will have their All-Stars feature racing under the lights for this first Friday in May, which is a tradition in T-Town. The Festival of Speed is now a two-day event on June 7-8 and the Spring PeeWee Pedalers time to shine under the lights on June 7th. A UCI Class 2 event will now be available on the Tuesday morning of June 11th for Sprints and Madison racing. June 14-15 introduce Team Sprint and Team Pursuit to T-Town’s UCI schedule (stay tuned for some notable athletes and national teams attending). June 21st US Sprint GP returns with UCI Junior racing. June 28th will round out the UCI calendar with the Keirin Cup, more Junior UCI racing, and PeeWee Pedalers finals.

Pro-Am Racing will continue through July and August with event highlights including Tandemonium, Golden Wheel Race, US Women’s Open, Artie Greenberg’s 5 and 10-mile Championship, Corporate Challenge, Air Products Finals, and Madison Cup. Each of these nights will also feature opportunities for Rider of the Year competition. The complete schedules will be released before the season commences in May, allowing riders to fully plan their stay in the Lehigh Valley. 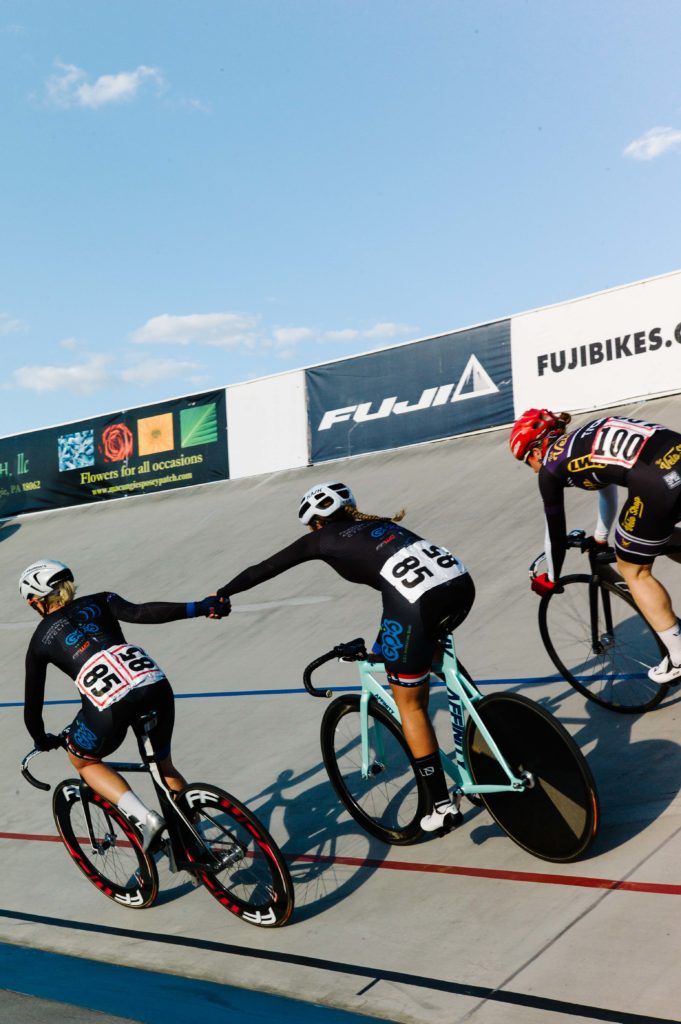 Online registration will now be available for the first time in T-Town. Whether you are a VeloPass holder or racing a few times a year, your entry can now be secured in advance of race day. Further details will be released shortly.

Teams and individuals seeking additional information will see an online application form published February 1 to March 31 to request host housing and travel logistics assistance. Should teams need information prior to those dates, please feel free to contact us.

The official Team and Individual Contact form posted will be posted February 1, 2019.

Sorry, the comment form is closed at this time.